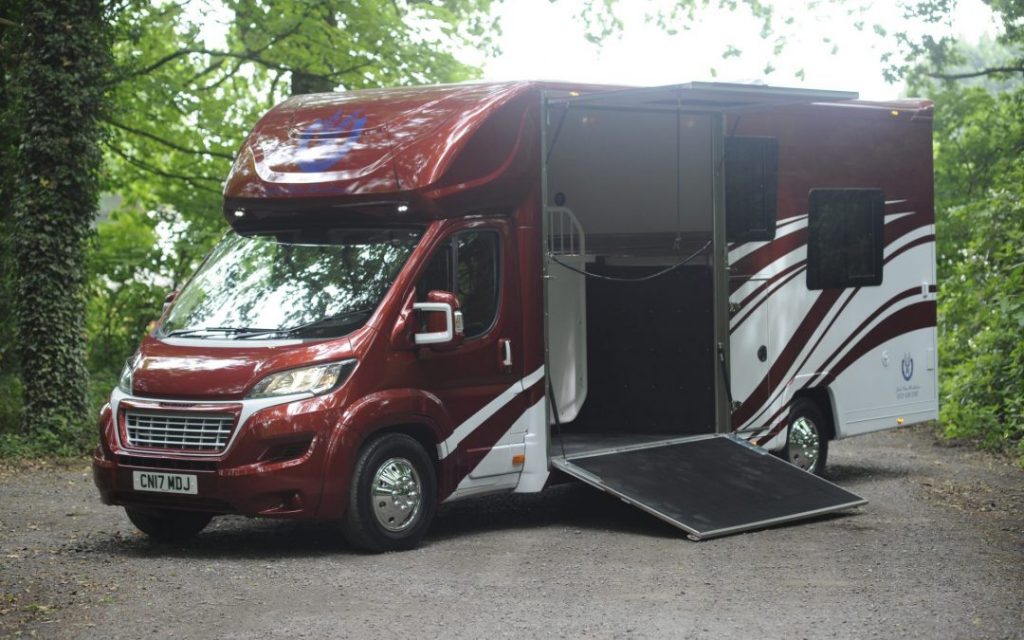 Though there are numerous things to consider when buying horseboxes, the prime among them is the horsebox payload. For someone not aware of the term yet, it is basically the amount of tack, people, horses, water and fuel the vehicle can legally carry.
Determining the payload of the horsebox you are buying is quite easy. All you need to do is take the vehicle to the weighbridge and measure it. Just ensure that it is empty when you are measuring the payload, you can also have a talk with the manufacturer and they will let you know the exact weight the horsebox can carry.

5 THINGS DETERMINING THE PAYLOAD OF YOUR HORSEBOXES IN PORTSMOUTH
Fuel
The appropriate fuel a horsebox can carry is considered to be around 1 kg. If you are planning to buy 4.5-tonne horseboxes, you can carry around 90 litres of fuel in the tank and it can run for around 692 miles. Filling the whole fuel tank before starting a long journey is always advisable if you want to have complete peace of mind.

Water
Ask the manufacturer you are approaching for Horseboxes in Oxford to state the capacity of the water tank in the horsebox. If it is 70 litres, you can carry exactly 70 litres of water by filling it to the brim. Though carrying this much water during every trip isn’t necessary, carry only the amount of water you think will be required by the horse for drinking during the trip. Not only will this help in reducing the weight of the horsebox but it will also save your fuel costs.

Assorted Equipment
The assorted equipment one can have in a horsebox is generally dependent on the owner or the person riding it. It might include anything, starting from food, brushes, first aid kits to any assorted tack, manufacturers often have a tough time generalising the average weight of the equipment when determining the payload of horseboxes in Portsmouth. The amount and weight of this equipment differ drastically and so a generic weight allowance is made.

Saddles
Though horsebox manufacturers generally allow 10 kg for each saddle, a majority of the customers use saddles whose weight is much less than this. Even if you are using a saddle which weighs more than 20 kg, manufacturers determine the payload by considering the average weight of each saddle to be around 20 kgs.

Since you are now aware of the factors depending on which the payload of horseboxes is determined, ensure the safety of your horses by maintaining the payload.